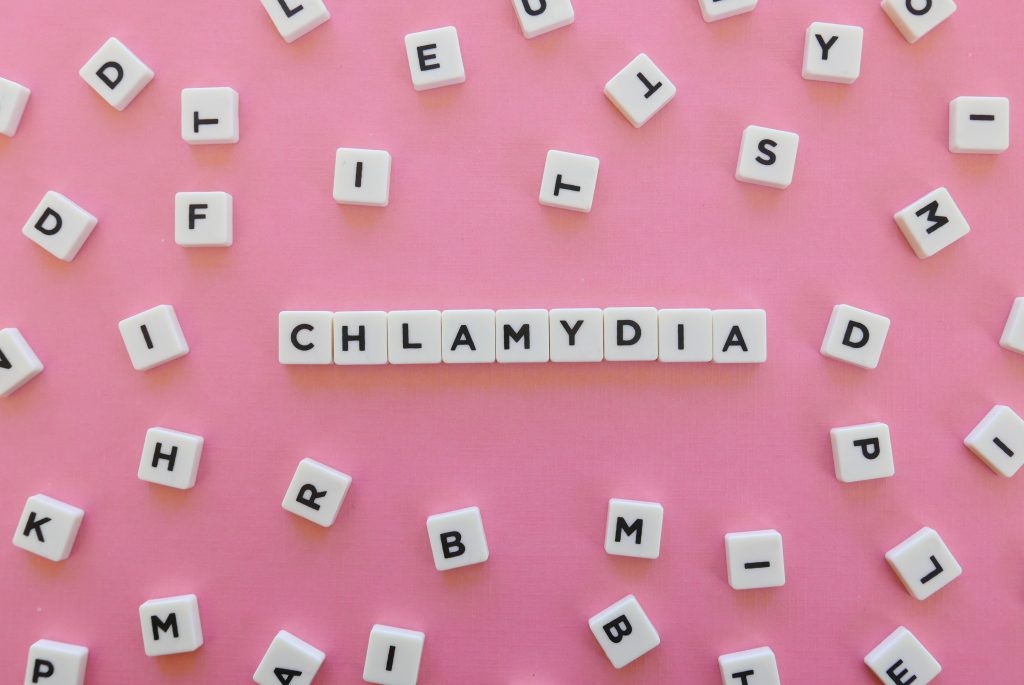 What is chlamydia?
Chlamydia are intracellular bacteria that cause genital (Chlamydia trachomatis), respiratory and eye infections (trachoma).
How common are genital infections caused by

Chlamydia trachomatis?
They are one of the most commonly detected sexually transmitted infections. It is most often detected in young people. Two-thirds of new chlamydia-related infections occur in people aged 15-24. It is estimated that 1 in 20 sexually active young women aged 14-24 have chlamydia. (1-2)

What are the symptoms of chlamydia?
Chlamydia is known as a “silent” infection because most infected people are asymptomatic and have no abnormal examination results. However, due to the relatively slow cycle of bacterial replication, symptoms may appear only a few weeks after unprotected contact with an infected person.
In women, chlamydia most commonly causes cervicitis and endometritis by colonizing the cervix (mucous-purulent endocervical discharge, lightly induced endocervical bleeding), and urethritis. In men, chlamydia infection can lead to urethritis, with mucous or watery discharge from the urethra. Some men develop epididymitis with testicular pain, tenderness, and swelling.

What complications can result from an infection caused by chlamydia?
Chlamydia infection often goes unnoticed because a large percentage of people remain asymptomatic. However, if left untreated, chlamydial infections can lead to serious health problems with both short-term and long-term consequences.
In women, untreated chlamydia infection can spread to the uterus or fallopian tubes and cause pelvic inflammatory disease (PID), which can lead to fallopian tube obstruction, infertility, or risky pregnancy.
In pregnant women, untreated chlamydia is associated with preterm delivery, as well as inflammation of the eyes (conjunctivitis) and pneumonia in the newborn.

Who should be tested for chlamydia?
Anyone who is sexually active can become infected with chlamydia. Anyone with genital symptoms such as:

Consult your doctor / gynecologist about your health condition.

📞Schedule your appointment for COVID-19 PCR test on: